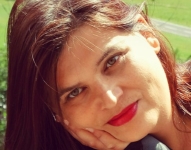 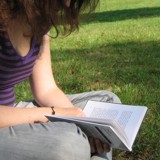 Use your arrow keys, or mouse, to browse through the pages

Boston’s Frozen Floods Are Thanks to the Supermoon

The bomb cyclone that’s swamped the Eastern Seaboard with a trifecta of snow, hurricane-level winds, and cold had an extra-nasty surprise for Boston on Thursday, as the city and its surrounding coastal areas were hit with unprecedented flooding, with meteorologists predicting it would smash a nearly 40-year record.

Dr. Josef Mengele—the Angel of Death—has escaped from Hell! Posing as a physician, he programs his patients to do as he commands, transforming them into living bombs, and ultimately creates a new world order. Sybil Crewes is a vampire trying to escape her fate. She refuses to feed on humans, pulls her own fangs, and injects liquid silver in an effort to remain “human.” When she discovers Mengele’s terrible plan, however, she knows she must stop him at any cost. Embracing her savage nature, she embarks on a dangerous course of action that will bring her face-to-face with the deadly doctor . . . and the monster within.

On November 8, 2016 I decided to publish a novelette--with a collection of short stories I wrote in the 1990s and sent it over to my editor, Virginia, whom I would like to thank for her hard work.

My second book, titled The Black Widow, is ready!

Well, I already finished it earlier this month, but now you can nominate my book on Kindle Scout. If my book gets published, then everyone who nominated my book will receive a free copy of my novel.

And this  time, I worked together, on a chapter-to-chapter basis with an American Editor!

I'm currently working on a sequel: The Black Widow.

Perhaps I'll publish the first part as an e-book so you don't have to wait too long for Sybil's adventures with her friends.

Hotel of Death: the chosen one, is finally available on Amazon.com.

A free kindle edition will be available on Amazon for 5 days after midnight (local eastern standard time) due to a special promotion campaign I started.

My first novel is in the hands of my Dutch editor. I'm working on my second novel with the title:The Black Widow. It's a bigger challenge since I write this in Dutch and English. My goal is to write one chapter each week in Dutch and English. But due to CTS - Carpal Tunnel Syndrome - I have to take it easy. After 4 hours my right hand starts to hurt like hell and then I need to stop ASAP

In the meanwhile I've sent the first three chapters to multiple publishers. I'll let you know when I got a reply.

I'm finally working on the last chapter of my translation of my first novel, Hotel of Death - the chosen one.

One of the good things about my disease is that I can work on my Novel whenever I want.


Well, I've five chapters already and due to the input I rewrote chapter one. I'm now working on chapter six titled Richard.

I take it easy, since my right hand starts to hurt